In 1889, Kwansei Gakuin was founded by W. R. Lambuth, a young American missionary from the Methodist Episcopal Church, South. In 1910, Canadian Methodist Church joined in its management. The institution has developed through cooperation with Americans, Canadians, and Japanese. What was the educational philosophy of Kwansei Gakuin as its founding, and is that philosophy still alive? The answers can be found in the photographs and voices of our predecessors. 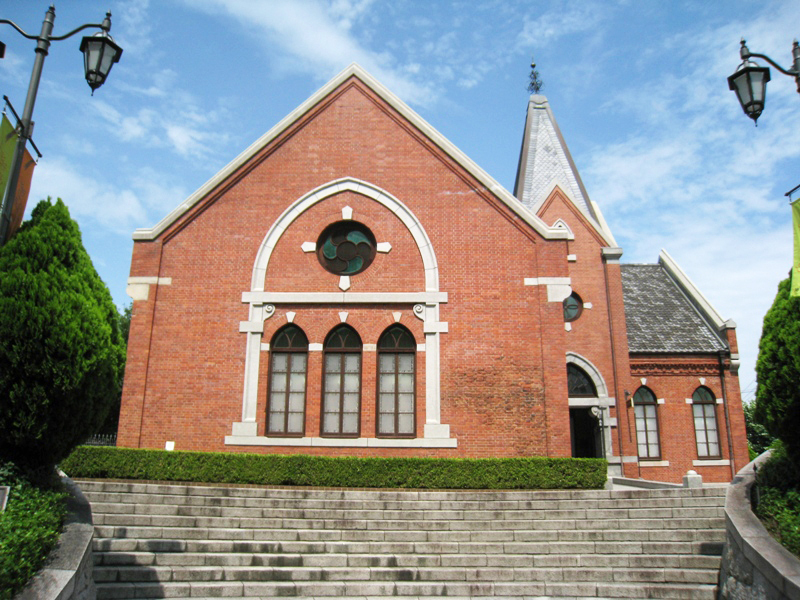 The Branch Memorial Chapel,
now being used as the Kobe City Museum of Literature,
is a symbol of the early days of Kwansei Gakuin
in the Harada-no-mori.
(photo by Kurumi Takagi)